There are a multitude of popular films that reference famous retro games, the majority are based off games themselves so it is interesting to see how well some film studios can develop a game into a film.

Some popular films tend to spring references onto the screen from completely out of the blue, for example Freddie Kruger promoting the power glove in the late 80’s. Yet some other films run with a reference for most of the film to the point where it’s part of the plot!

The film though not the biggest critically acclaimed film (yet video game films rarely are) as it was given a 35% score by critics, yet still grossed over $40 million domestically and over $100 million worldwide.

Pixels is not based on a film, yet the plot of the film does consist of countless references to games such as Pac-Man, who can be seen on copies of the movie art and within the film itself is a key part of the scene in which the characters play Pac-Man by acting as the ‘ghosts’ whilst driving Mini Coopers.

The entire plot in fact is based off aliens using these retro games against the protagonists of the film in a bid to take over the world. Another prime example of a retro reference would be the final boss of the movie who is Donkey Kong. This reference to the 1981 game gives the audience a real feel of nostalgia especially as the main protagonist, who is played by Adam Sandler is around the age that would’ve played Donkey Kong in the arcades. This again is another plot point as he could never beat Donkey Kong as a child.

This film can be considered popular even with its 17% critic score on rotten tomatoes as it got an average audience score of 46%. The film also managed to gross a world-wide total of over $240 million with the budget for the movie being almost $130 million.

A newer rendition of the Tomb Raider adaptations, this film like Resident Evil is based off a video game. In terms of actual references from the Tomb Raider games, the obvious one is, of course, the protagonist Lara Croft, who debuted in 1996 in the retro game Tomb Raider and first released on the Sega Saturn. This film still emulates themes from retro games like the previous 2 Tomb Raider films in the early 2000s.

This film can be considered popular as plans for a sequel were only prevented due to a global pandemic! The film managed to gross $274 million, finishing second at the box office to Black Panther.

Like in the games, the film Mortal Kombat revolves around fighting, however, with the movie being rated PG-13, there were obvious limitations into how close to the games that the film could be, as strong violence and mutilation were not really on the cards!

Despite the limitations, the movie still received a decent rating as most of the blood and guts were replaced with impressive-looking martial arts which were quite like some of the characters playable in the original and retro Mortal Kombat, of which was released in 1992 to arcades.

The popular film earnt itself a sequel in 1997, most probably due to the film spending 3 weeks as the number 1 film at the box office, whilst earning over $122 million worldwide.

This film is the embodiment of retro references, with characters from Pac-Man, Sonic, Mario, and many more making common appearances. Even the protagonist Ralph himself evokes connotations of Donkey Kong as his game seems to be based off the 1981 classic. As he is the antagonist in his own game yet deep inside himself, he wants more and decides to leave his game.

In doing this, he goes to another game which is clearly based off another retro game in Halo- Combat Evolved which came out in 2001 on the Xbox. The place also gives off similarities to the likes of Metroid and StarCraft giving again this retro feel as Metroid was released in 1986 on the Family Computer Disk System and StarCraft, released in 1998 for Windows.

As this was a Disney film, Wreck-it Ralph was bound to be very popular and do extremely well at the box office. The popular film grossed over $470 million dollars globally and won awards such as Best Animated Feature and IGN’s Best Animated Movie in 2012.

If you’re looking for games similar to that of Wreck-it Ralph or even a fan of Mortal Kombat yourself then have a browse at our fantastic range of arcade machines. Alternatively, if you have a question about our products, please give us a call on 0121 433 5554 and we would be more than happy to help. 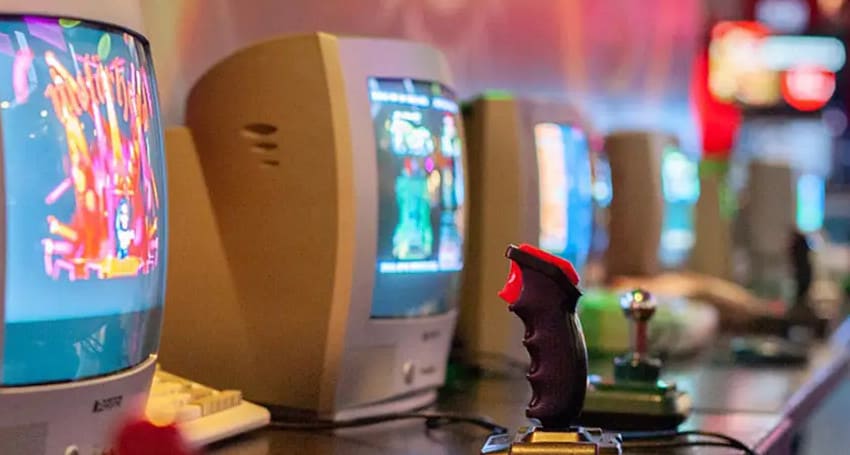 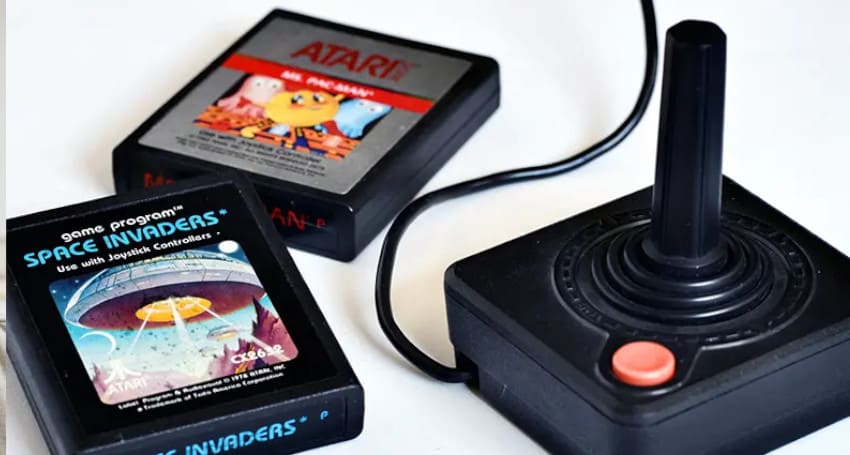 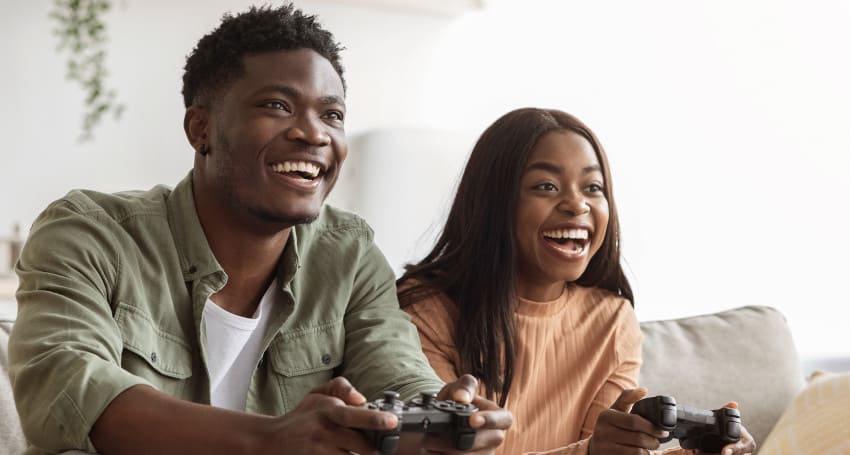 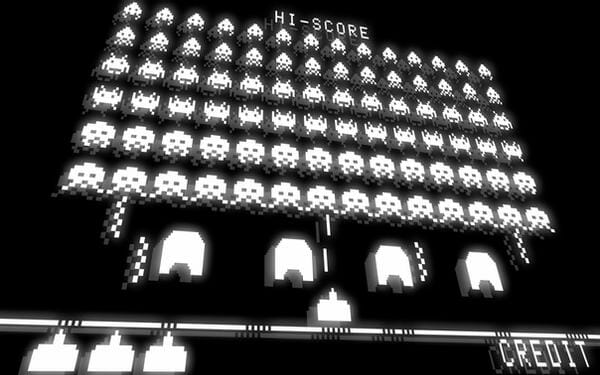 5 Retro Games with the Best Graphics

Many retro games stunned the entire industry with their gameplay and memorable characters. However, many retro games are appreciated because of their in-game graphics, which 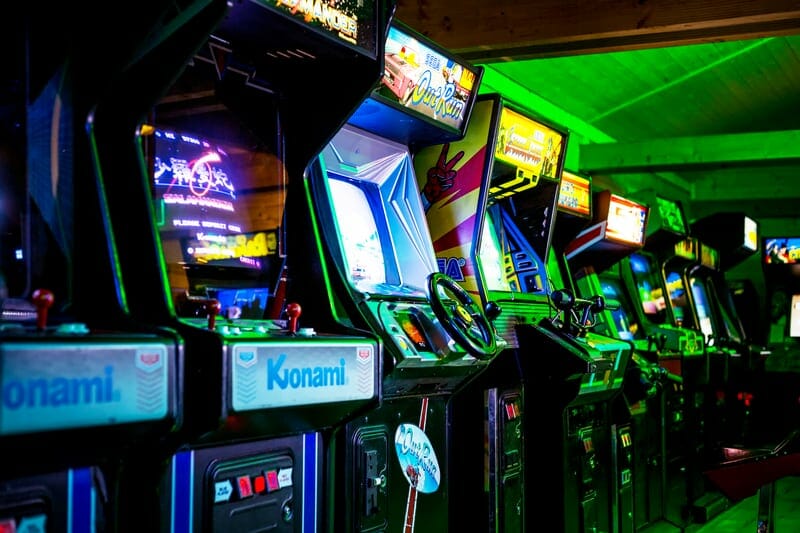 Classic vs Modern Games People who were born in the 1970s-1990s will remember awesome games like Pac Man, Street Fighter and Super Mario Bros. Classic 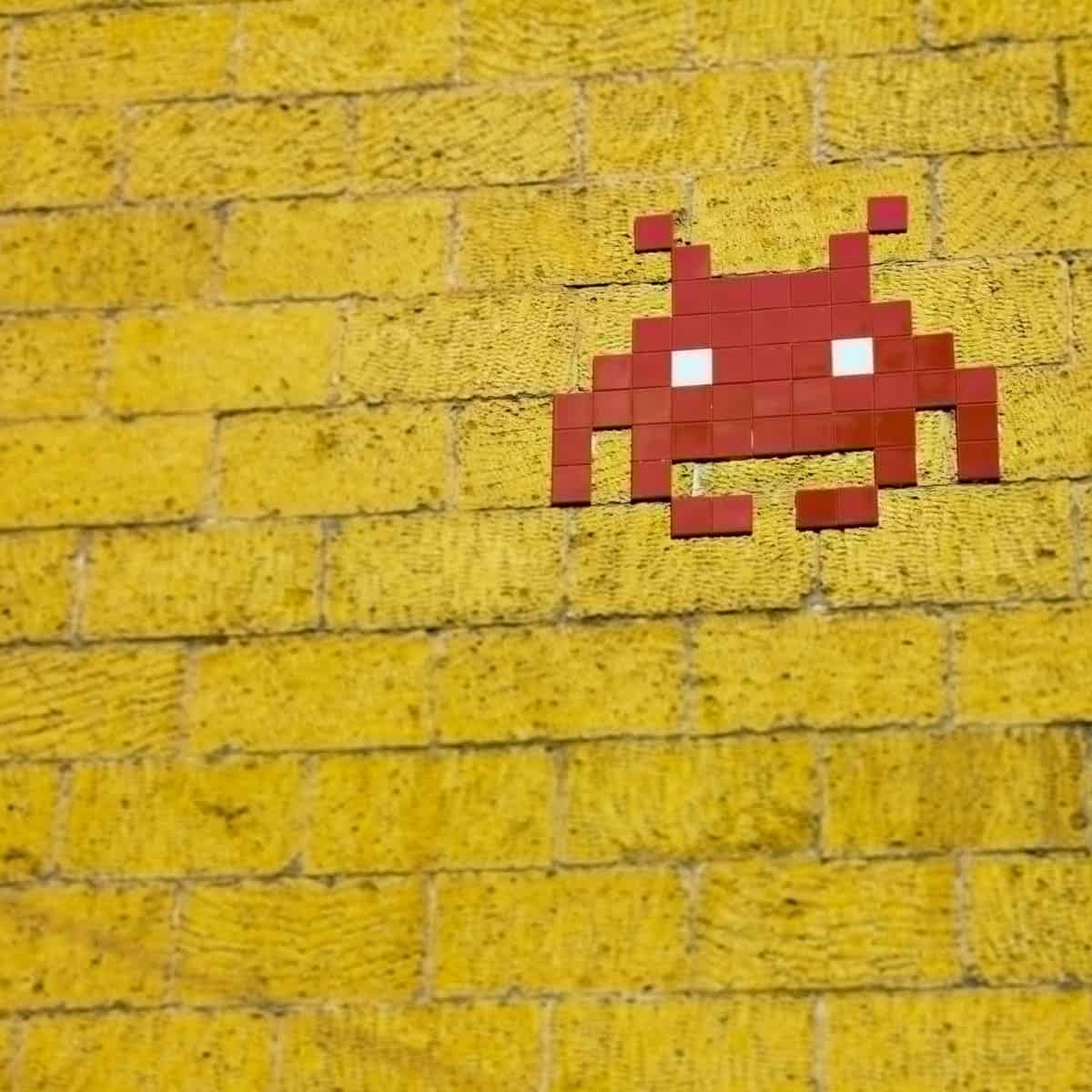 The Most Popular Arcade Games of All Time

At Arcade Mania, we of course have a strong passion for arcade games. The great thing about them is that some are just timeless, meaning 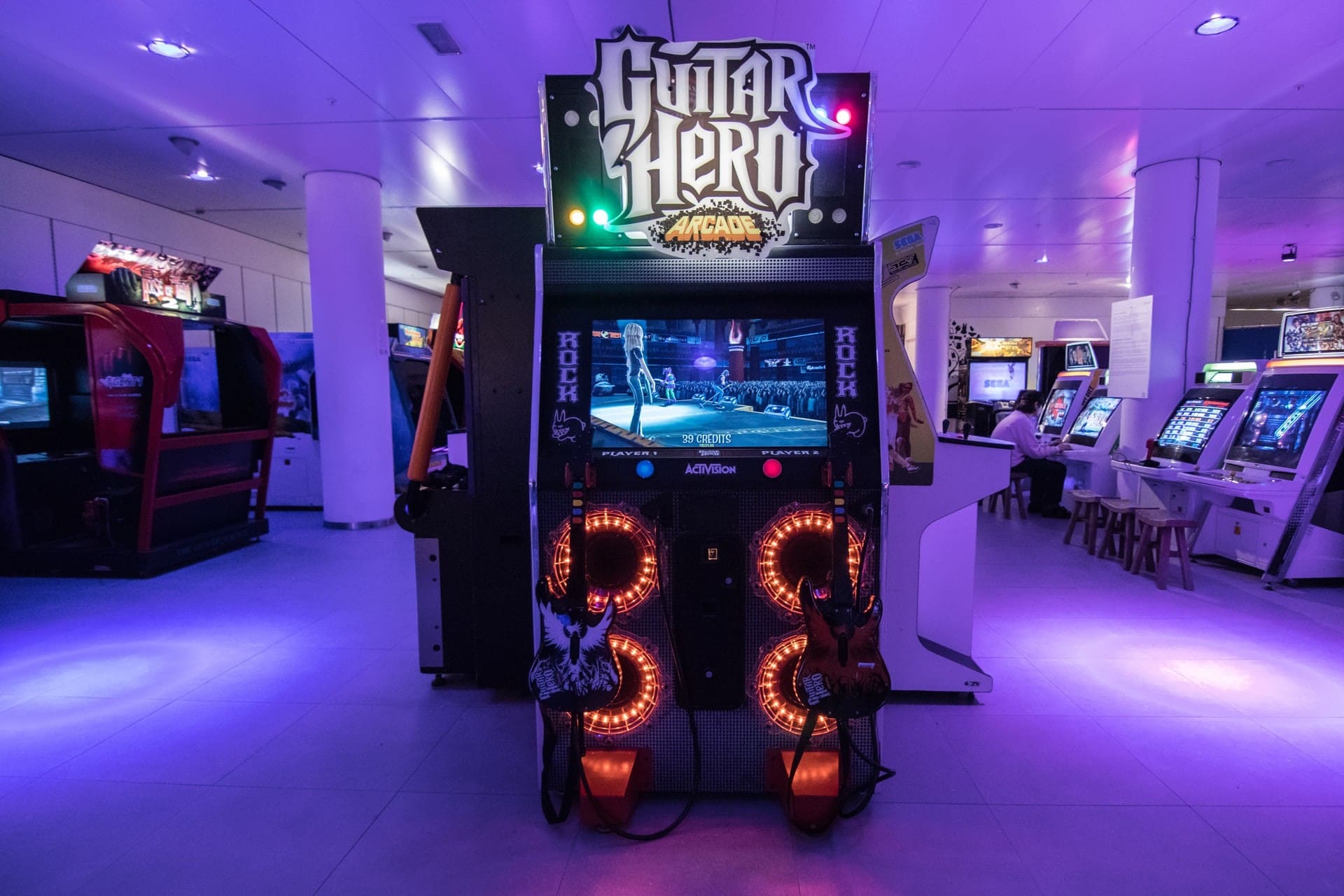 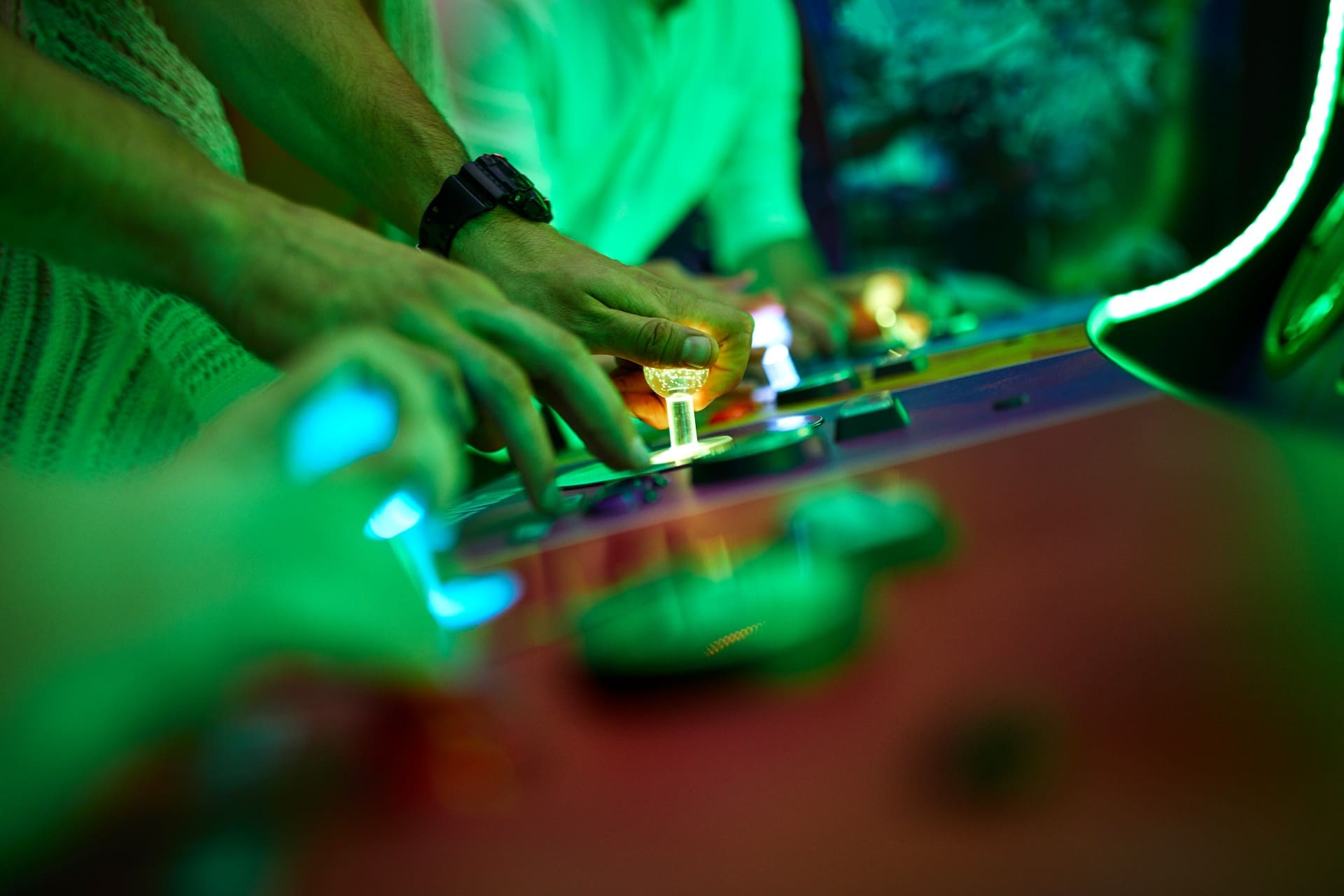 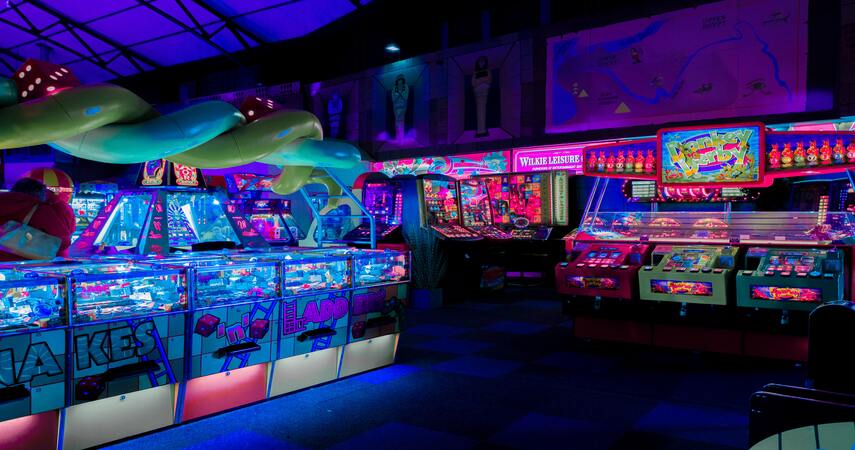 It’s not arcade games themselves that have changed, but rather the way they are played. Arcade games were originally designed to be a one-player experience, 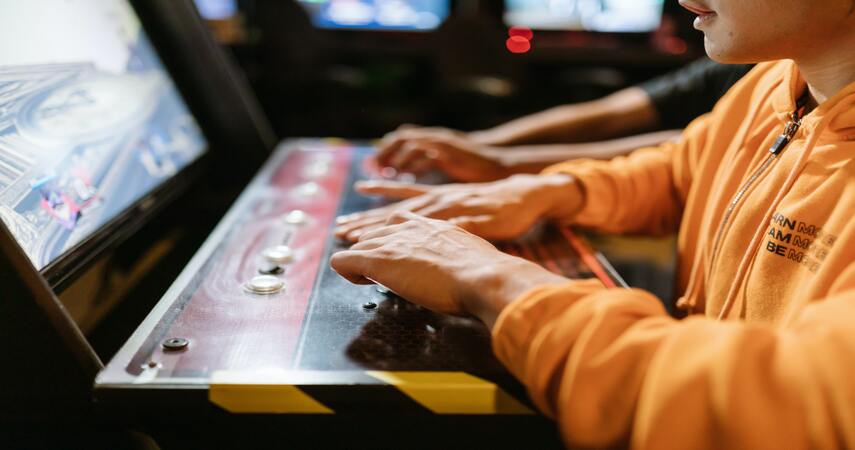 10 Reasons Why You Need an Arcade Machine in Your Life

There’s no denying that arcade machines are a blast from the past. But did you know they can also be a lot of fun in 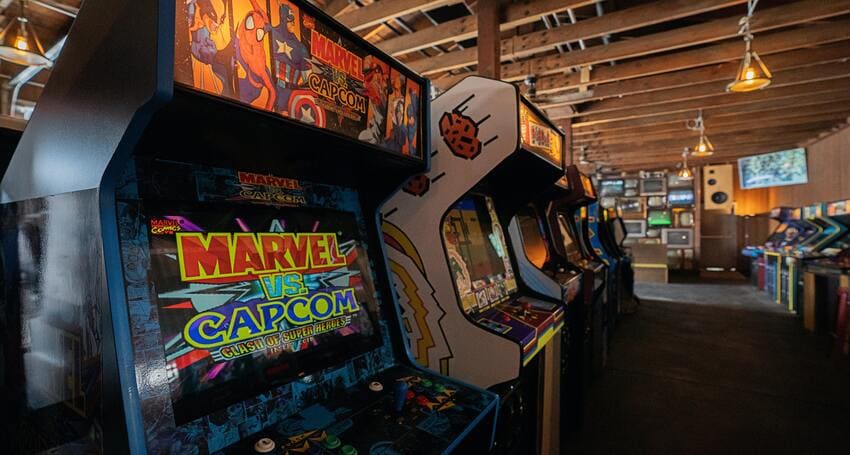 Arcade machine games have been a popular form of entertainment for decades. From the first arcade game system to today’s smartphones, video-game culture is everywhere!